Semi-official Tasnim news agency on Wednesday reported that 530 people had been injured after a 5.4-magnitude earthquake jolted Khoy County in the northwestern Iranian Province of West Azarbaijan.

According to the Iranian Seismological Centre, the quake occurred at 3:51 a.m. local time (0021 GMT).

The epicenter, with a depth of 10km, was initially monitored at 38.5 degrees north latitude and 45 degrees east longitude.

Head of Khoy County’s Crisis Management Centre, Salem Khoyi, was quoted by Tasnim as saying that the number of injured people was growing.

West Azerbaijan Provincial Gov. Mohammad-Sadeq Motamedian was quoted by Tasnim as saying that 135 of the injured had been admitted in hospitals and four had had surgeries.

According to the provincial governor, at least 500 homes were damaged by the earthquake, of which 50 have collapsed completely.

The governor said that all relevant forces and units were on full alert and carrying out rescue operations. (Xinhua/NAN) 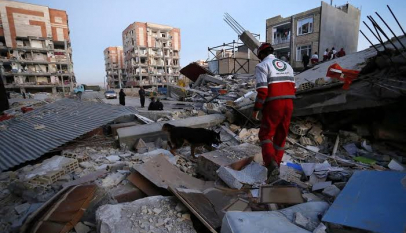