AS part of efforts to ensure food security in Nigeria, no fewer than 1,440 farmers from 70 villages across six states in the South-West region of Nigeria have been trained In smart farming.

The project, which was sponsored by the Tertiary Education Trust Fund, was aimed at giving the selected farmers access to early warning systems and information dissemination platforms.

The event, held in Abeokuta, was attended by stakeholders from the six states of the region.

The lead researcher, Dr. John Oyedepo, who led other researchers drawn from the Federal University of Agriculture, Abeokuta, said the training was aimed at assisting the country in achieving food security and improving the economic status of the farmers.

Oyedepo, who is also the deputy director, Food Security Environmental Resources and Agricultural Research, FUNAAB, said the institution had commenced sensitisation of the farmers on the climate information services for early warning system on climate change in the South-West.

He said, “The project trained 1,440 farmers from 70 villages across the six states on smart farming with access to early warning system and information dissemination platforms.

“The farmers, through the research outcome, also have access to weather information websites, online radio and other small phone-enabled applications aimed at providing useful information on farming activities.”

“The other thing we also did is to give them other interventions, like irrigation, so that in case we have a prolonged drought, they will be able to go to farms and still produce something.”

On how to curb food insecurity, he said the plan was to train 65,000 farmers across the South-West.

He said, “When we have about 65,000 farmers operating one hectare of a farm successfully, you can imagine what quantity of food will be injected into the country.

“Incidentally, our food balance sheet is not clear and Nigeria is growing with a population of over 200 million, yet we are not able to feed ourselves. We are still importing, so by now if we have things like irrigation, it is a full package and you will see that more food will be produced.” 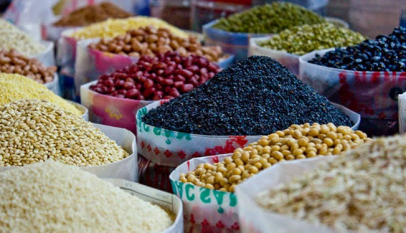