The Federal Government is set to re-open the Trans Niger Pipeline that transports about 180, 000 barrels of crude oil daily.

The pipeline was shut down six months ago due to vandalism and theft on the oil export facility.

Bonny Light, one of Nigeria’s crude oil grades, is transported through the TNP to a designated export terminal.

The pipeline also serves as part of the country’s gas liquids evacuation infrastructure, which is vital for domestic power generation and the export of liquefied gas.

But the TNP was closed by Shell about six months ago after it was vandalized. This stalled the transportation of 180,000bpd of crude via the channel. 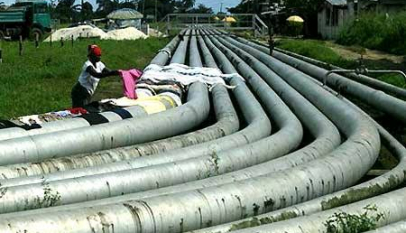