This is contained in a statement issued by Alhaji Kehinde Olaosebikan, Chairman, Media and Publicity Committee of All Progressives Congress (APC) Presidential Campaign Committee (PCC) in Oyo State.

The News Agency of Nigeria (NAN) reports that the duo gave the assurance during the inauguration and handing over of multimillion-naira hospital equipment to Igboora General Hospital in Ibarapa Central Local Government of Oyo State.

Akume said that President Muhammadu Buhari had directed NLTF to utilise the fund in its kitty toward making life better for people at the grassroots.

The minister, who spoke via zoom platform, said that the fund was meant for providing quality healthcare services and other peculiar needs of rural dwellers across the country.

He said that the fund had impacted positively on the lives of millions of people at the grassroots, through its various statutory interventions.

Akume advised the people of Ibarapa Central Local Government and its environs to make good use of the equipment and give their maximum support to the Buhari-led administration.

The minister urged Nigerians to support Tinubu, the APC presidential candidate, assuring them that he would consolidate on the achievements of the Buhari-led administration with improved healthcare services at the grassroots.

Corroborating the minister, Ibikunle said that the equipment were provided by government in order to enhance healthcare services in Ibarapa land, assuring them of Tinubu’s commitment to enhancing better life for all.

He said that the `Renewed Hope’ manifesto of Tinubu contained scintillating health and social programmes, aimed at improving the lots of people, while bridging the gap between rural and urban towns.

Ibikunle urged the management and staff members of the hospital to make judicious use of the equipment and ensure their maintenance.

He expressed commitment to always serving the people of Ibarapa land and utilise every opportunity open to him for the development of the zone and the state in general.

Maigari said that all the critical equipment handed over to the hospital were of high quality, appealing for their immediate deployment for the health needs of the town and its environs.

A former Chairman of the State Hospital Management Board, Alhaji Olayide Abas, said that the provision of the equipment would enhance healthcare delivery in Ibarapa zone.

Abas, who is the state APC Deputy Chairman, thanked Ibikunle for using his position to better the lots of Ibarapa land and its people.

The Olu of Igboora, Oba Jimoh Titiloye, appreciated the facilitator of the equipment, saying that the gesture had confirmed Ibikunle as a true son and worthy leader in Ibarapa land.

Oba Titiloye, who was supported by other traditional rulers in Igboora, said that the equipment would greatly improve healthcare delivery in the area and make life more meaningful for the people. 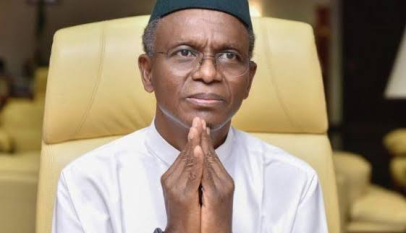